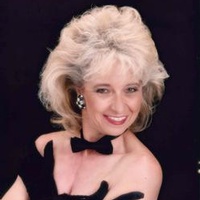 Funeral service for Yvona â€œVonnieâ€ Lee Davis, 68, of Yantis, is scheduled for 2:00 PM Saturday, December 10, 2016 at Lowe Funeral Home with Brother Fred Morrow officiating. The family will receive friends from 12:30-2:00 PM Saturday prior to the service. Burial will be held at Peaceful Acres Memorial Gardens in Opp, Alabama.

Vonnie was born December 6, 1947 in Ennis, Texas to Raymond Thomas and Opel Rogers. William Davis (Bill) and Vonnie met in White Settlement, Texas in 1967. Vonnie was the young beautiful country girl that lived next door, and she had one son. They began dating, and Bill asked Vonnie to move in with him. They fell in love, and married January 23, 1969. Then they proceeded to have four more children. Bill was in the Vietnam War, and when Bill went to Germany, Vonnie followed him. She stayed in Germany with Bill for 1 Â½ year, and Bill still had another 8 months before coming back Stateside. In January 2010 she and Bill moved to Yantis from Fayetteville, Arkansas. She was retired and enjoyed fishing.

Vonnie passed away in Greenville Saturday morning, December 3, 2016, just three days before she would have celebrated her 69th birthday.

She is preceded in death by her parents and six siblings.