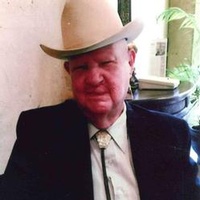 Graveside service for Winston Burns, 97, of Winnsboro, is scheduled for 11:00 AM Friday, March 23, 2018, at Laurel Land Memorial Park in Fort Worth with Brother Ken Goodson officiating.

Winston Buford Burns was born in Fort Worth on May 12, 1920 to John Solomon and Ollie (Carter) Burns. He served his country proudly as a sergeant in the United States Army during World War II, and later worked as a machine tool repairman for Locheed Martin.

He is preceded in death by his parents; John Solomon and Ollie Burns; his wife in 2007, Judith Loraine Burns; and two brothers and three sisters.

To order memorial trees or send flowers to the family in memory of Winston Buford Burns, please visit our flower store.