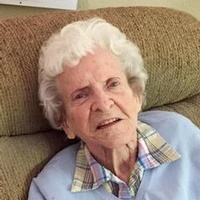 Funeral service for Wilma Owens, 87, of Pine Mills, are scheduled for 2:00 PM Sunday, July 3, 2016 at Lowe Funeral Home with Chaplain Wayne Norvell officiating. She will be buried at the Owens Family Cemetery.

Wilma Owens was born May 30, 1929 in Celeste to E.T. and Beuna Friddle Davis, and passed away June 30, 2016 in Gilmer. She was a homemaker and lived in Pine Mills for 28 years, moving from Portland, TX. She was a member of Eastern Star in Portland and a member of Mt. Pisgah Baptist Church in Mineola. She and her husband, Bill, would have celebrated their 66th wedding anniversary in November.

She is preceded in death by her parents.