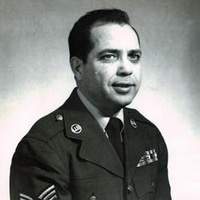 He served honorably in the United States Air Force for 21 years, and worked locally for many years for Malloryâ€™s and Lawrence Propane companies as a serviceman in Wood County. He also worked for Deverall Water Drilling.

He was preceded in death by his wife of 54 years, Frances June Smith; son, William Donald Smith Jr.; and daughter, Donna Diane Turner.

To order memorial trees or send flowers to the family in memory of William Donald Smith, please visit our flower store.