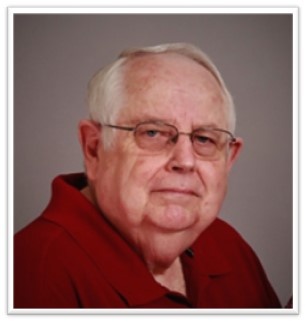 HOLLY LAKE RANCH, TX - William “Bill” Fred Mathews, 75, passed away suddenly on September 19, 2020.  Bill was born on July 21, 1945 to Fred and Hazel Mathews in Birmingham, Alabama but lived over 50 years of his life in Texas with his wife and children.

Bill met the love of his life, Carolyn, in 1959 while attending high school.  Bill played high school football and Carolyn was a majorette with the band.  They were married on June 6, 1963 and recently celebrated their 57th wedding anniversary.  He attended Jacksonville State University and received a Bachelor of Science Degree in Business January 1967.  He worked for many years as a successful salesman selling anything from toys to industrial size machinery.

Bill was a dedicated and loving husband, father, grandfather and friend.  They have two daughters - Kelly Wilson and Sheila Ditzler, as well as, two son-in-loves Kylon Wilson and Adam Ditzler.  Bill and Carolyn also have five grandchildren: Katie, Zachary, Kaleb, Andrew and Abby who affectionately call him “Papa”.  He loved his family endlessly and was endlessly loved in return.  We are all better for having shared our lives with him and are going to miss him terribly.

Bill was a strong man of faith who loved sharing the love of Christ and quoting scripture, serving for many years as a Deacon and Sunday School teacher.  Some of his family’s best memories are of his crazy knowledge of history, fishing, sports and trivia.  He had an amazing sense of humor and never met a stranger.  His “Papa-isms” will live on through his family around the dinner table.

In lieu of a memorial service and following his final wishes, his family will be having a private celebration of life.

To order memorial trees or send flowers to the family in memory of William "Bill" Fred Mathews, please visit our flower store.