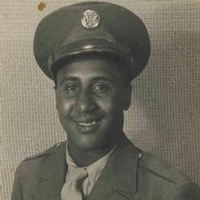 Funeral services for Will Harper, Jr. 90, Quitman are scheduled for 11:00 A.M. Tuesday, May 19, 2015 Brocks Chapel United Methodist Church, Quitman with Clara Gilbert-Love and Reverends Robert Davis and Zeb Cantley officiating. Burial will follow in Quitman City Cemetery. There will be no family visitation.

Will was born October 6, 1924 in Quitman, TX to the late William Clark and Hattie Harper and passed away May 14, 2015 in Tyler, TX. He retired from Tyler Pipe Industries. He served his country in the U. S. Army during WWII and was a member of Brock's Chapel United Methodist Church.

To order memorial trees or send flowers to the family in memory of Will Harper, Jr., please visit our flower store.