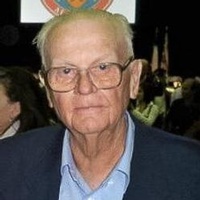 Funeral services for Wayne Gilbreath, 89, of Quitman, are scheduled for 2:00 PM Sunday, June 5, 2016 at Lowe Funeral Home with Brother Ken Goodson officiating. He will be laid to rest at Rock Hill Cemetery following the service. Family will receive friends from 6-8 PM Saturday evening at the funeral home.

Wayne Gilbreath was born on September 12, 1926 to Perry M and Era Avery Gilbreath between Quitman and Yantis. He passed away on June 2, 2016 in Quitman.

Wayne attended schools at Cana, Gilbreath and Quitman High School. He joined the United States Marine Corp in 1943 during World War II. He served in Co. B/24 Regiment/Fourth Marine Division in the central Pacific. Wayne was wounded on Saipan and Iwo Jima receiving a Purple Heart with a gold star.

After returning home he was employed at Dallas Power and Light later known as Texas Utilities, retiring July 31, 1986, as Plant Manager of the Lake Ray Hubbard Power Station.

On May 26, 1951, Wayne married the former Jo Gilbreath and one son, David Gilbreath was born to them.

Wayne was a long time member of the Rock Hill Baptist Church where he also served as a deacon.

To order memorial trees or send flowers to the family in memory of Wayne Gilbreath, please visit our flower store.