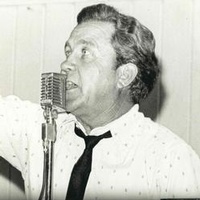 Warren Gayle Ingram, of Quitman, TX, known to all as Gayle, returned to his Heavenly home on
March 5, 2015 at the age of 86 after a valiant battle with heart disease, cancer and Parkinson's
Disease. His firm belief in God supported him in his struggle and ultimately gave him peace.

Gayle was born to the late Will and Elizabeth (Lizzie) Ingram, a farmer and homemaker
respectively, on July 14, 1928, in Rock Hill Community, 6 miles north of Quitman, TX.

Gayle attended Rock Hill Community School and went on to graduate from Quitman High
School. In 1945, he received a basketball scholarship to East Texas State Teacher's College in
Commerce, TX. He graduated in 1948, with a bachelor's in agriculture and pursued graduate
work in education at Sam Houston State University in Huntsville, TX.

In 1950, Gayle moved to the southernmost tip of Texas and taught vocational agriculture in the
Brownsville High School, where he is credited with beginning the Brownsville FFA Chapter.
During his teaching career in Brownsville, Gayle met Dorothy Ellington, a beautiful English
teacher who was also employed by the Brownsville school system. On November 22, 1950
they were married.

Gayle began active duty with the 8th Naval District in New Orleans, LA. In January of 1951.
From 1950-1951 he served in the Naval Reserve electronic unit in Harlingen, TX. He worked
in the headquarters personnel classification section and was chosen Outstanding Seaman
by his peers.

In 1956, Ford Tractor Company offered Gayle a position as district manager in the Houston
area. He and his wife Dorothy, moved to Columbus, TX. Dedicated to hard work and the growth
and success of his Ford dealer, Gayle earned the leading District Manager award for eight
consecutive years and was recognized at the Honor Council Award Program in Detroit, MI.

A born salesman, Gayle caught the "auction fever" in 1939 at the Robinson's sale barn in
Winnsboro, TX, when he attended a sale and was captivated by the chant of the auctioneer. In
1954, he graduated from Reppert's School of Auctioneering in Decatur, IN. During his years in
Brownsville and Columbus, he conducted auctions on a part-time basis. In 1963, he made the
decision to enter into the auction profession on a full-time basis and returned to Quitman, TX.
In addition to the auction business, he was involved in his own farm and ranching operation
consisting of beef cattle, dairy farming, fruit orchards, forage, and wheat farming. He
established the I Q School of Auctioneering in 1989, which trained many men and women to
become successful, world class auctioneers.

On November 3, 1970, Gayle was chosen by the voters of District 11 to represent Camp,
Hopkins, Upshur and Wood counties for one term in the Texas House of Representatives. He
served on the following committees: Agriculture, Livestock, Public Education, School District
and Judicial District.

Gayle Ingram led an exciting, varied and fulfilling life, relating to God and his fellow man on a
deeply committed and personal basis. He attended worship and was a member of the First
Baptist Church of Quitman, TX.

A memorial funeral service will be held at Lowe Funeral Home in Quitman, TX, 2:30 P.M.
Sunday, March 8, 2015 with a graveside service to follow at Clover Hill Memorial Cemetery,
on FM 69 five miles northeast of Quitman.