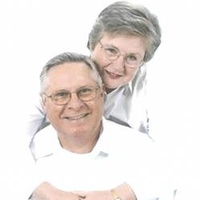 Funeral service for Virgil D. McMurtray, 74, of Quitman, is scheduled for 3:00 PM Saturday, October 21, 2017 at Spur On Ministries with Brother Mike Fletcher officiating. He will be laid to rest at Myrtle Springs Cemetery following the service. The family will receive friends from 6:00-8:00 PM Friday evening, October 20th, at Lowe Funeral Home.

To order memorial trees or send flowers to the family in memory of Virgil D. McMurtray, please visit our flower store.