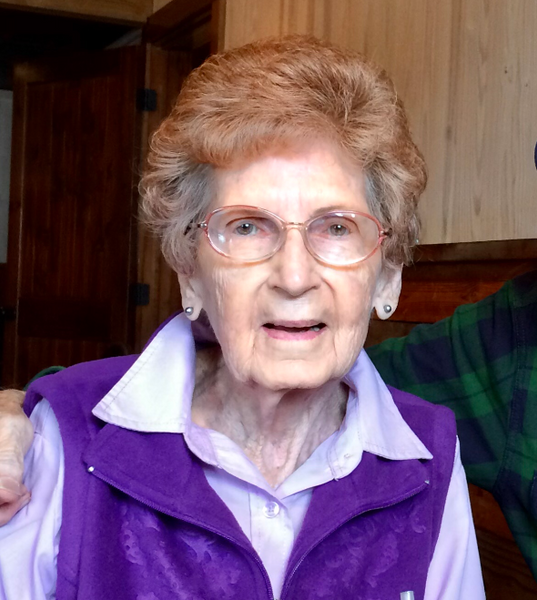 Vernell was born in Hopkins County on January 9, 1931, to the late Otto and Alma Ely. She met the love of her life, Carlie Ray Rogers and they tied the knot on November 18, 1950, in Grand Prairie, Texas. Together, Vernell and Carlie moved to California and grew their family by welcoming two children, Rick, and Kim. She was a homemaker for many years until her children graduated. She later worked in various retail sales jobs.

Then, Carlie and Vernell moved to Shreveport, Louisiana and later retired to Quitman in 1987.

She enjoyed spending time with her siblings; she also enjoyed sewing, painting, her flowers, and was a wonderful cook.

She had a good sense of humor and was still cracking jokes until the end of her days. Vernell was a former member of Forest Hill Baptist Church, volunteered for the Child Advocacy Center in Wood County, and was part of the Ladies Auxiliary VFW in Winnsboro.

Left to cherish her memory is her loving husband of 71 years, Carlie Ray Rogers of Quitman; two children, Rick Rogers of Quitman and Kim Rogers of Long Beach, California; one granddaughter, Katie Rogers of Dallas; her devoted caregiver, Kristi Hunter and her son Aydin; and many nieces, nephews, and extended family who loved her dearly.

A graveside service for Vernell Rogers will be held at 11:00 AM, Saturday, June 11, 2022, at Clifton Cemetery in Rains County, Texas.

To order memorial trees or send flowers to the family in memory of Vernell Vallie Ely Rogers, please visit our flower store.