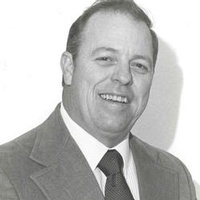 Mr. Hinson was born on October 26, 1933 in Alba, TX to Ninnie Bell and George T.
Hinson. His father George T. was a State Representative in the 60's. He was preceded in death by his parents, a sister, Maxine Hinson and 2 brothers, David and James Kimbrell.

Travis moved to Mineola at the age of 10 with his father and sister. He went to the Mineola schools and then to East Texas State Teachers College (now Texas A & M at Commerce),
where he entered the ROTC program and was commissioned a 2nd Lieutenant in 1956. He
spent 23 years in the USAF and retired to Mineola with his family in 1979 and had a cattle
operation for 25 years.

To order memorial trees or send flowers to the family in memory of Travis L. Hinson, please visit our flower store.