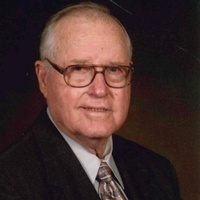 Born January 7, 1931 to parents, William Elias and Nora Patterson Cox in Mira, Louisiana. He married the love of his life, Marcia Lea Bicknell on March 12, 1954. They were married 58 years before her death in December 2012. He was a US Army Veteran during the Korean War and served in Germany. He was employed at United Gas in the Computer Department and was the Chief of Data Processing for AAFES in El Paso. In 1973 he and his family moved to Ropesville, TX, where he farmed cotton until 1992. After retirement, he and Marcie Lea moved to Quitman, where they loved to fish at the many lakes in the area. He was a 32nd Degree Mason and member of Flora Lodge #119 and Gus Garrison Lodge #1273. He enjoyed the fellowship with Easter Star and was a member Quitman Chapter #697 and Winnsboro Chapter #967.

Tommie focused his life around faith, family, farmin', and fishin'. He was a founding member of Faith Baptist Church.

In lieu of flowers, Tommie requested donations be made to: