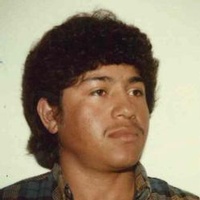 Tomas Domine Castro was born May 2, 1966 in Durango, Mexico to Carlos Domine Gonzales and Elvira Castro Hernandes. He was a Winnsboro resident for 30 years, moving from Mexico. He was employed for Jackson Construction. In his spare time, he could usually be found working with his cattle or mowing lawns. He loved being outside whether it was working, fishing, paddle boating, or spending time on his four wheelers and dirt bike.

Tomas was a very humble and charismatic man. He never spoke a bad word about anyone and was the definition of â€œactions speak louder than wordsâ€. If he said he was going to do something, he did it. He was always available to lend a helping hand, even if it meant dropping everything he was doing to help someone out. He always had time for others and loved teaching and sharing his knowledge with them.

He was a member of First United Pentecostal Church of Athens. He was very active in his church and was always ready to serve.

Tomas was the glue that held his family together. His family meant the world to him. He was a very devoted and loving husband, father, brother, uncle, cousin, and new grandfather.

He is preceded in death by his mother and father, four brothers, and one sister.