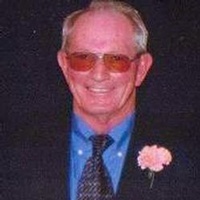 Born on November 7, 1941 in Jones County near Anson, Texas, Ronnie was the youngest of three children of EJ and Virgie Rowland. After graduating from Hamlin High School in 1960, he joined the United States Army, where he was a Specialist, Fourth Class and spent time in Ethiopia and Mineral Wells, Texas.

He moved to Odessa, Texas in 1963, where he lived for the next eight years. During that time, he worked in the oil and gas industry, began a 20-year stint in the United States Postal Service, and started a family. He relocated to Quitman, Texas in 1971, where he spent the next 46 years of his life. He worked in several roles but spent the majority of his career as a golf course assistant superintendent at Holly Lake Ranch near Hawkins, Texas and The Links at Land's End near Yantis, Texas. He and Kathy married in January 1979.

Ronnie was a devoted husband, father, and grandfather. He spent countless nights and weekends coaching and attending sporting events of his children and grandchildren in cities and towns all over East Texas. He loved golf, baseball, Southern gospel music, and watching the Texas Rangers and westerns on television.

A memorial service will be held at Lowe Funeral Home in Quitman, Texas, on Thursday, March 2, 2017 at 7 pm.

To order memorial trees or send flowers to the family in memory of Thomas Ronald "Ronnie" Rowland, please visit our flower store.