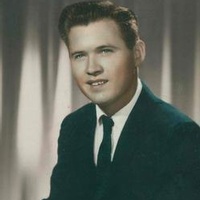 He is preceded in death by his wife, Gail Meyers and one son, Lee Thomas Wise.

Thomas Wesley Meyers was born in Independence, Kansas on August 29, 1941 to Mary Elizabeth (Banks) and R. D. Meyers. Thomas was a 14-year Army Veteran. He served as a drill sergeant and received a purple heart. He worked as a truck driver but enjoyed his retirement years living in Perryville.

There are no services scheduled at this time.