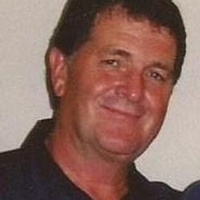 Ted was born May 29, 1945 in Ft. Worth, TX to Theodore W. and Bobbiette Tate Rye and passed away September 9, 2014 in Quitman.
Ted moved to Quitman in 1975 from the Ft. Worth area and was in leadership in Boy Scouts over 25 years and served his country in Vietnam in the U. S. Navy.

To order memorial trees or send flowers to the family in memory of Theodore Woodrow Rye, Jr., please visit our flower store.