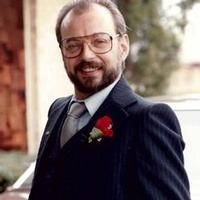 Terry was born in Dallas,Tx, on January 21, 1949, to Jesse and Foy Lee Littleton. He served his country proudly, albeit briefly, in the United States Army, and played tuba in the United States Army Band. Upon leaving the army, he married and worked various jobs to support his family while pursuing his passion for music. An entertainer from an early age, Terry made many happy with his rich baritone voice, quick laugh, and song-writing style.

Before moving to Mineola in 2006, Terry lived in the Dallas area and was a member of Robinwood Baptist Church. He was involved in a gospel quartet called Higher Ground in Seagoville, which traveled extensively to minister at various churches and festivals. He composed much of the band's music, sharing his love for southern gospel music and classical music with many.

Terry enjoyed fishing at Lake Fork, Lake Buchanan, and Sky Ranch; loved watching sports of every kind; and also liked RV camping with his family. He was a wonderful husband, father, and grandfather, and he loved his family dearly. He and his wife, Alfreda, would have celebrated their 31st wedding anniversary in May.

He was preceded in death by his mother, father, and brothers-in-law, Johnny Mac Dorris and Lynn Boynton.

A memorial service for Terry Littleton is planned to be held at a later date.

To order memorial trees or send flowers to the family in memory of Terry Lee Littleton, please visit our flower store.