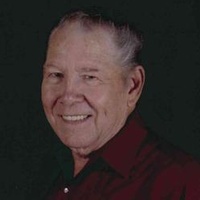 Feddy was born March 14, 1934 in Roberta, OK to D. K. and Lois Freeman Knipe and passed away August 17, 2014 in Kilgore. He was a pipe fitter, a former Grand Master Mason in Quitman and a musician for many years. He lived in Quitman for many years moving from Pasadena, TX.

To order memorial trees or send flowers to the family in memory of Teddy Franklin Knipe, please visit our flower store.