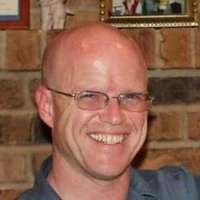 Stephen was born October 18, 1974 in Tyler, Texas and passed away February 6, 2016 with a rare bladder cancer in Tyler at Hospice of East Texas.

Stephen graduated Valedictorian from Yantis HS in 1993. Graduated with a B.A. degree from Texas A&M Commerce in 1997 and was the stage manager of Barter Theatre in Abingdon, Virginia.

To order memorial trees or send flowers to the family in memory of Stephen Paul Vess, please visit our flower store.