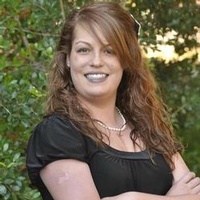 Stephanie Michelle Norris â€œPrissyâ€ passed away surrounded by family and friends on September 15, 2017 at the age of twenty-nine years old.

Stephanie is survived by her father and his wife, Mr. and Mrs. Martin R. â€œRustyâ€ Norris of Quitman Texas; her mother, Vanessa Brooks, of Kemp, Texas; grandparents Laverne Freeman of Quitman, and Jim Freeman of Colorado; siblings Hilbert â€œHillâ€ Braxton Norris of Quitman and Colton Clemmo of Kemp; aunts and uncles include Terry and Marilyn Suratt of Ft. Worth, Camille Jordan of Trinidad, Clarissa McCarty of Rosser, Stephanie Hawkins of England, UK, Tracie Wise of Edgewood, Michelle Click of Lindale, and Michael Brooks of Oklahoma; her cousin William â€œBillâ€ and Kayla Shelton of Tyler; as well as numerous other cousins and extended family members.

She was preceded in death by her grandparents Earl and Martha Sue Norris of Quitman.

Stephanie was born on December 1, 1987 in Quitman Texas to Rusty Norris and Vanessa Brooks. Stephanie graduated from Quitman High School in 2006, where she was active in FFA, Color Guard, Varsity Cheerleading, NHS, FCA, UIL, and Golf. Stephanie received the coveted Gold Star award her senior year with Wood County 4-H. She was a member of the First United Methodist Church and was active in the youth group.

Stephanie had many areas in which she was passionate, one of which was her love for her horses. She was involved with Wood County 4-H, and AQHYA, showing registered Quarter Horses and registered mules. Her equestrian accomplishments included many wins in both English and Western competition. Stephanie was named Champion Youth Exhibitor at the Houston Livestock Expo in the Donkey and Mule Show, and a Finalist in the State 4-H Horse Show. She later became very involved with her crafting activities; making personalized items such as t-shirts, cups, and a variety of other designs that were sold on her Etsy page.

In 2011, Stephanie earned a Bachelorâ€™s of Science Degree and went on to complete a Masterâ€™s degree in Education at Texas A&M University-Commerce. While attending the university, Stephanie resided with and was very active within the Chi Omega Sorority. Stephanie worked in student services for Texas A&M University-Commerce in Commerce, Texas, Lamar University in Beaumont, Texas and UT Tyler in Tyler Texas. Just recently, Stephanie passed her 4th-8th grade Texas History Teaching Certification in hopes of pursing her dream of teaching while making a difference in the lives of her students.

Stephanie always lived her life to the fullest, given the condition she was born with. She always remained positive and uplifting towards others, even though she faced incredible hardships of her own.

A Celebration of her life is scheduled for 1:00 pm on Saturday September 23, 2017 at the First Baptist Church Family Life Center located at 301 Lane St. Quitman, Texas 75783. All are welcome to attend and celebrate Stephanieâ€™s life.

In lieu of flowers, please send donations to:

The family would like to thank all who loved and cared for Stephanie during her life.

To order memorial trees or send flowers to the family in memory of Stephanie Michelle Norris, please visit our flower store.