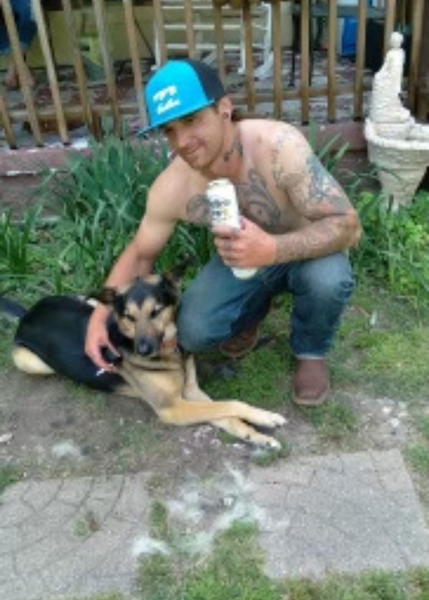 Steffan was born on May 31, 1984, to parents Stacey Singh and LaQuita Pieper in Anaheim California. He was very loving and tough as a child. He was an avid animal lover and would rescue any animal and stop cars to rescue turtles. He also had a very strong love for art, and an affinity for freehand art. As he got older, he grew to love motorcycles and was an avid motorcycle/bike rider. He moved to Mineola from the Dallas area and had been here for the last 4-5 months. He was working at the Mineola Country Club as a groundskeeper and everyone there loved him. He had a very strong work ethic and worked hard at what he did. Being in the area, he was able to be closer to family which he loved. His favorite title was being Uncle Moose. He taught his nephew how to swim and his nephew loved him to pieces. When Uncle Moose was around it was like no one else mattered. Steffan was known for being a funny guy, always joking around and quoting Jim Carey movies.

Steffan is preceded by his brother Christopher Terran Singh, also known as “Kiffer”.

He is survived by his wife Monique Seracuse Singh of Dallas; father, Stacey Singh of Mineola; mother, LaQuita Herdrix of Mineola; 3 children, Kayli Herdrix of Plano, Malia Miranda of Garland, and Christopher Steffan Singh, who also goes by “Little Kiffer” of Garland; 3 siblings, Hope Singh of Mineola, Jacob Parrish-Singh of Irving, and Madison Baker-Singh of Rowlett; nephew, R.J. Engel; and several aunts, uncles, cousins, and extended relatives and friends who will miss him dearly.

In lieu of flowers the family ask that donations be made in memory of Steffan to:

To order memorial trees or send flowers to the family in memory of Steffan Paul Singh, please visit our flower store.