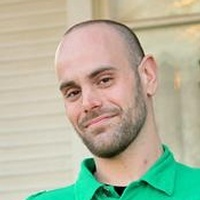 Memorial services for Shawn Ragsdale 31, Big Sandy, are scheduled for 1:00 PM Friday, May 24th at Lowe Funeral Home Chapel of the Chimes, Quitman with Rev. Jerry Parmentier officiating. Shawn was born May 29, 1981 in Dallas, TX to Cecil and Patti Davis Ragsdale. He passed away in Tyler May 20, 2013. He was a retail clerk for Two Rivers in Big Sandy.