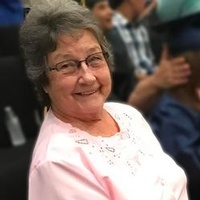 Sharon H. Pruett was born January 8, 1941 in Houston to V.E. and Foy (Morton) Henson. In 1974 she moved from Pittsburg to Quitman. She worked as a supervisor for the Department of Human Resources and was a member of First Baptist Church of Quitman.

She is preceded in death by her daughter, Donna Lorene (Poo) Pruett; one brother, Edwin Earl "Mickey" Henson; and one sister, Martha Foy Lemonds.

To order memorial trees or send flowers to the family in memory of Sharon H. Pruett, please visit our flower store.