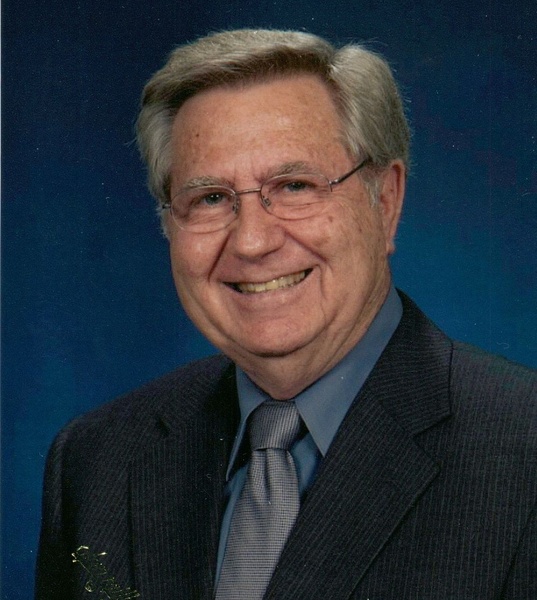 The family of Roy L. Higgins, age 90, is sad to report that he passed away in his sleep on Saturday, January 15th.

Funeral services will be held Thursday, January 20th at Faith Baptist Church, with visitation at 10 am, followed by the service at 11 am, then burial at Quitman Cemetery to follow. Reverend Mike Midkiff will lead the service.

Roy was born in Watonga, Oklahoma on March 27th, 1931, to Sam and Inez Higgins, but was raised in the south Texas town of Freer, at the Humble oil camp, with his sister Kitty and brother Sam. He spent three years at the University of Corpus Christi, then graduated from UT Austin in 1955 with a BA in Music Education. He began his master’s degree but was drafted and served a two-year stint with the United States Army during the Korean War. He did his basic training at Fort Bliss in El Paso followed by a two-month stint at Fort Dix in New Jersey. His time in the Army was a life-changing experience for a boy from an oil camp. He was stationed in Salzburg, Austria as a member of the Army band, then Pisa, Italy and played trumpet across Europe during Army functions.

In 1957 Roy picked up an application for a position as band director at Quitman High School in Quitman, Texas. He received a call from Paul Manning who was Superintendent at Quitman Independent School District to interview for the band director’s position. He had no clue where Quitman was but with $110 in his pocket, he put on his suit, hopped into his Chevy Impala and headed to Quitman. After the interview he drove back to Austin. After a week he received a call from Mr. Manning offering him the job as band director at QISD. As band director Roy taught music all day long. He had the fifth grade, sixth grade, junior high, and high school bands. At that time QISD had a stage band and a fife and jug band for assembly programs and fun things.

Roy met his wife, Gwen, while she worked at the First National Bank of Quitman. They met at the First Baptist Church and were married in 1959. This began a lifetime of teaching school together, and travel! They travelled all over the world, visiting Russia, Europe, the Caribbean, Mexico, Egypt and Israel and the Persian Gulf. Cruising was their favorite!
Roy was the band director at QISD for 14 years and in 1962 wrote the school song, letting the students vote on the version they wanted. He took the band to the UIL solo, marching band and concert contests. The band traveled to Tyler, Dallas and other Texas cities to perform. He taught Sissy Spacek how to twirl! After serving as band director, he became junior high school principal when the position included not only discipline, but textbooks, bus routes and he even taught a P.E. class at that time.

Roy worked with the Quitman Scenic Association and was a Dogwood Pageant director for many years in its early days. Later, he was an office manager for two years at the Wood County Electric Cooperative in the 1970’s but returned to QISD as a fifth-grade teacher and did that until his retirement in 1992.

He is preceded in death by his parents Sam Allen and Inez Higgins of Quitman and sister Kathleen (Kitty) Wiederkehr of Fort Worth.