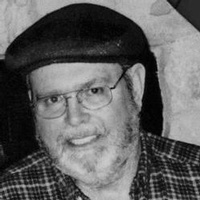 Roy Dean Ford was born March 7, 1941 in New London, Texas. He was the first of 9 children born to JD and Katherine Ford. Roy served his country proudly, if briefly, in the United States Navy.

He worked as an upholsterer for many years for Parkerâ€™s Upholstery Shop in Kilgore and became close to the Parker family, even doing odds and ends jobs for them before moving to Hawkins in 1971. Later he went into the oil field business. Roy loved to tinker with engines and restore cars. He enjoyed being outside and always kept the yard clean.

The Ford children would like invite family and friends to a memorial potluck dinner at their home in Pine Mills on Saturday, March 31, 2018 starting at 2:00 PM. They ask that everyone bring a covered dish and they will supply the drinks and desserts.