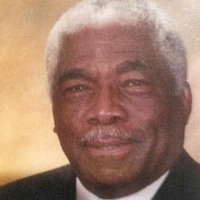 Roosevelt was born June 19, 1934 in Macon, MS to the late Tommy and Olester Lawson Triplett and passed away April 9, 2015 at his residence in Quitman. He was a pumper in the oil field and a member of New Life Baptist Fellowship in Quitman.

To order memorial trees or send flowers to the family in memory of Roosevelt Triplett, please visit our flower store.