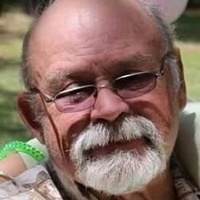 Funeral services for Mr. Ronald â€œRonnyâ€ Lynn Ferguson, 74, of Watauga, TX, is scheduled for 3:00 PM Friday, April 19, 2019 at First Assembly of God with Brother Ken Otwell officiating. The family will receive friends one hour prior to service.

Ronald Lynn Ferguson was born January 18, 1945 in Dallas to Linton Doty and Margaret Jean (Hastings) Ferguson. After graduating high school, he worked at his parentâ€™s service station. He later served his country proudly in the United States Navy on the USS Enterprise. In 1968 he married Ruth Ann (Warner) Ferguson. The two were married 32 years at the time of her passing in 2000. On December 15, 2000, he married Sharon Ferguson. In 2003, he retired from American Airlines. He worked for 32 years as a crew chief.

Ronny was a Quitman and Yantis resident for 20 years before moving to Watauga in 2017. He was a member of First Assembly of God. He was also a proud member of the NRA and a former Bass Masters member. He was a very accomplished fisherman, and in his mind, he was THE Bass Master. Ronny loved fossils and had a huge crystal and rock collection. The first thing he picked up when he learned to walk was a rock. He loved fossil hunting and studying archaeology. He was a man of many hobbies, enjoying hunting and fishing, metal detecting and excavating antique bottles, trapping furs, chess, and was always ready for a good arm wrestling challenge.

Ronny was a good man and a great father, husband, grandfather, and great grandfather. He loved his family dearly and will be missed by his family and many friends.

In lieu of flowers, the family kindly asks that donations be made to the First Assembly of God.

First Assembly of God
To order memorial trees or send flowers to the family in memory of Ronald Lynn Ferguson, please visit our flower store.