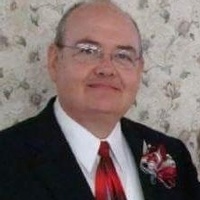 Ronald Wayne Dyess was born January 6, 1956 in Levelland, Texas to Billy Wayne Dyess and Cliffie Roberts Dyess Tucker. Ron lived in the Hainesville community for 5 years, moving from Hughes Springs. He was a member at Lake Fork Baptist Church in Alba and was a retired Baptist Minister and Funeral Director. Ron loved to sing and play the piano.

He is preceded in death by his father, Billy Wayne Dyess, and his brother in law, Jerry Garrett.

Honorary pallbearer is Will Adams.

In lieu of flowers, the family asks that you make a donation in memory of Ron to Rose of Texas Hospice, East Texas Hospice, or Lake Fork Baptist Church Building Fund.