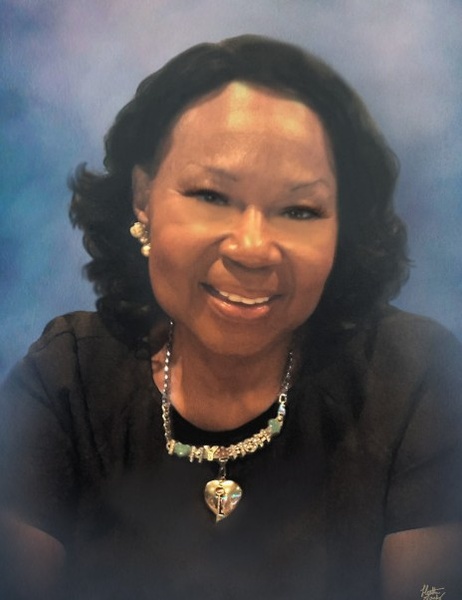 Rollues Ciardullo, 79, of Quitman, Texas, went to be with her Lord and Savior Tuesday morning, May 11, 2021.  She passed away peacefully and happy at home with her daughter by her side. Rollues was born on November 29, 1941 in Senatobia, Mississippi to James and Mattie Lee (Jenkins) Royston. She grew up on a farm in Capleville, Tennessee and her parents were sharecroppers. From her humble beginnings and hard work ethic, her Grandfather Rev. Royston of Gospel Temple came and moved her to Chicago, Illinois, to live with him and his wife, when she was 16 years old. She worked for a company that manufactured microphones, and one she assembled actually went into space. She also worked as a keypunch operator for IBM and accomplished being one of the top and fastest in her field. She later worked and retired from Pfizer where she solely managed regions for their Transportation Division at night. Rollues owned homes in Tennessee and on Lake Quitman in Texas.  She frequented both, but enjoyed her last months at the lake with her daughter, Veneche. In addition to being a dedicated and loving mother, Rollues was a devout Christian.  She grew up singing in the church choir and was an active member of Bellvue Baptist Church in Memphis.  She loved Pastor Steve Gaines and First Lady Gaines of Bellvue Baptist Church dearly. Throughout her life, she held an unwavering faith in God which she shared with everyone around her.  When she talked about the Bible, her knowledge, faith, and love opened the hearts and minds of many.  Her teachings lead others to understand passages they had heard many times. She now rejoices in Heaven with her mother and father; husband, Frank Ciardullo; brothers and sisters, Thelma Royston, Beatrice Foster, James Royston Jr., Willie A. Royston, Blanche Kelso Royston, Heark Lee Royston, Lee Madison Royston, Crennes Royston, Katherine Peoples, and Shirley Richmond; and nephews who grew up in the same household, James Riddle, V.O. Royston, and Wesley Royston. Left to cherish her memory is her daughter, Veneche Bavan "My Baby" Brown; her grandson, Nathan “Mr. Find It, Fix It” Brown; siblings, David Royston, Prennes Royston, Mattie Mae Gatson, Pattie Mae Mays, Bessie M. Medlock, Grace T. Seymour, Dr. Rosetta Young, and Ezelle Royston; and a whole host of nieces, nephews, and cousins who loved her dearly. Graveside service for Mrs. Ciardullo is scheduled for 11:00 AM Saturday, May 29, 2021 at New Park Cemetery in Memphis, Tennessee.  Visitation is scheduled for Friday, May 28, 2021 at E.H. Ford Mortuary in Memphis from 3:00 – 6:00 PM. E.H. Ford Mortuary 3390 Elvis Presley Blvd. Memphis, Tennessee 38116 New Park Cemetery 4536 Horn Lake Rd Memphis, TN 38109
To order memorial trees or send flowers to the family in memory of Rollues Ciardullo, please visit our flower store.
Send a Sympathy Card
Send a Sympathy Gift