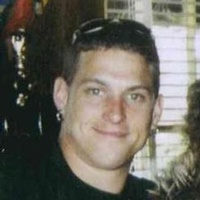 Memorial services for Rodney Wayne Bruner, 40 of Athens are scheduled for 3 PM Saturday October 17 at Lake Fork Baptist Church in Alba with Brother Perry Crisp officiating. They family will receive friends from 2:00-3:00 prior to service time at the church.
Rodney was born July 9, 1975 in Palestine, TX to Donna Sue Teel. Upon marrying Dean Allen Bruner in 1982 they moved to Pennsylvania and lived for two years. The family moved back to Texas and lived at Lake Palestine for two years before settling at Lake Fork where he finished his school years at Yantis ISD graduating in 1994. Rodney worked in the oil field for several years. He met Bobbie Smith in 2000 and they married in June, 2010. They had one son, Trey Wayne Bruner.
He was preceded in death by his grandfathers, Leslie Don Teel and Billie Gene Bruner and grandmother Peggy Ann Thompson and Uncle Billy Bruner and his brother DJ Bruner.
Rodney is survived by his wife Bobbie Bruner and his son, Trey Bruner; parents Dean and Donna Sue Bruner and brother Dalton Bruner; grandmothers Evelyn Sue Dike and Connie Bruner, numerous aunts, uncles, cousins and many loving friends