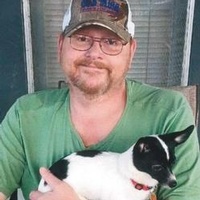 Funeral service for Robert "Bobby" Edward Hatton, Jr., 54, of Quitman, is scheduled for 3:00 PM Monday, November 27, 2017 at Lowe Funeral Home Chapel with Bro. David Cook officiating. The family will receive friends two hours prior to the service from 1-3 PM.
Burial will follow at the Quitman City Cemetery.

Bobby was born in Greenville, MS on October 28, 1963 to Myrtis Jones (Childress) and Robert Edward Hatton, Sr. He worked at a retail grocery store as a meat cutter and later managed a furniture store for nearly 20 years. He passed away November 22, 2017 at his home in Quitman.

He is preceded in death by his parents; two brothers, Jackie McCallie and Ricky Long; and several aunts and uncles.

To order memorial trees or send flowers to the family in memory of Robert "Bobby" Edward Hatton, Jr., please visit our flower store.