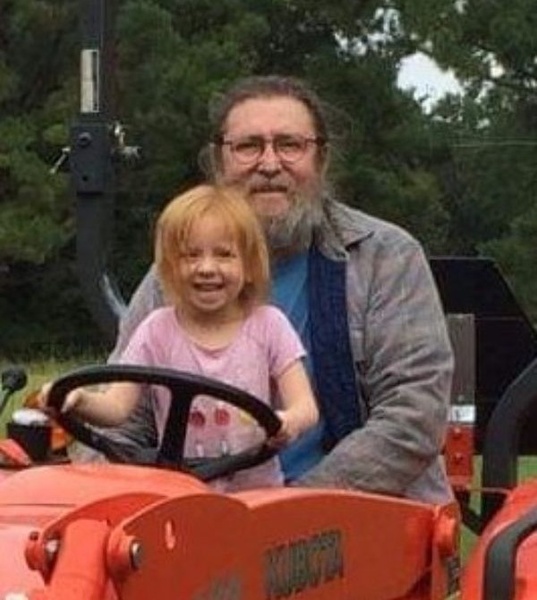 Robert Edwin Davis was born in El Paso, Texas on January 23, 1953 to Edwin O’Neal and Bilye (France) Davis.  After attending college, he joined the International Brotherhood of Teamsters Union, where he was a Forklift Operator for many years. He was very proud to be a Teamster, which truly was a brotherhood.

On March 30, 1996, he married his lifelong friend, Kimberly Cannon.  Robert and Kimberly moved from Lewisville to Alba almost 8 years ago to be closer to his family.  His hobbies included watching NASCAR and football, especially the Texas Longhorns and Dallas Cowboys.  He loved to travel with his family, his favorite trips being to Yellowstone and Hawaii.  He appreciated the history of the places he traveled to and enjoyed watching Ancient Aliens and StarTrek.  Although he hadn’t been able to go fishing in some time, he was a big-time fisherman, and in his younger years enjoyed playing poker.

Most of all Robert loved spending time with his family.  He was the best “Papa” to his grandchildren and great grandchildren and will live on forever in their hearts.  His joyous presence will be missed by all.

He greets in Heaven his father, Edwin O’Neal Davis; and one brother, Jimmy Davis.

In lieu of flowers, please consider donating in memory of Robert to the American Lung Association (www.lung.org).

To order memorial trees or send flowers to the family in memory of Robert Edwin Davis, please visit our flower store.