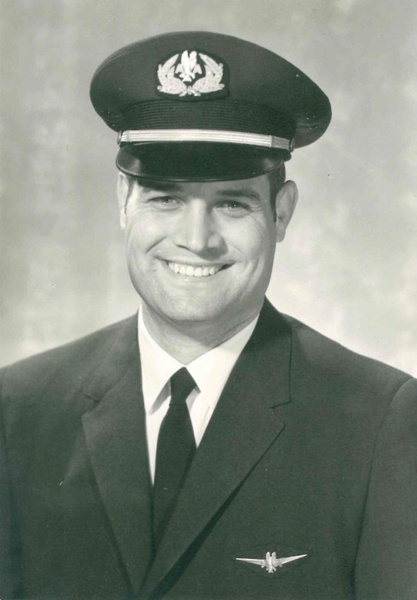 Robert O. Wilson, known in life as Bob, Bobby, Dad,Papa, and Captain Bob, was born in Jacksonville, Florida, April 9, 1941, and passed peacefully to eternity July 4, 2020. How fitting that he would go to be with his Heavenly Father on the day that we celebrate the birthday of our country.  He was fiercely loyal to his Lord, his family, his country, and his friends.  Along with that loyalty he exhibited a generosity of resources and spirit that made him loved by many.

Bob served in the Air Force during the Viet Nam war, flying in and out of over 50 countries during that time.  After his five years in the Air Force, flying the T37, T38, and the C130, he was hired by American Airlines.  He loved a challenge, so every time he was eligible to learn a new airplane, he took advantage of it.  After his retirement, he continued to seek new challenges, primarily in hiking and finally scaling two fourteeners in Colorado.

The greatest love of Bob’s life, though, was shown through his family. In 1964 he married Karla Chisholm and became her loyal husband, friend, and protector.   His two sons were the joy of his life, and he spent many hours playing with them and coaching them, not only in sports, but in the essence of manhood.  He was so proud of his boys.  And then came grandchildren.  What a blessing from God they were to him from day one.  He doted on them and loved to shower them with affection and ice cream.  His favorite role in life had to be that of Papa.

Bob is preceded in death by his parents Oscar and Dorothy Wilson.  He leaves behind his wife Karla, son Brad of Quitman, son Evan and his wife Julie of Carrollton, Texas, sister Patti Smith and her husband Chris of Orlando, Florida, and his three beloved grandchildren Lilly, Luke, and Blake.

The family asks that, in lieu of flowers, donations be made to Faith Baptist Youth Ministry or Quitman Food Pantry.

To order memorial trees or send flowers to the family in memory of Robert (Bob) Oscar Wilson, please visit our flower store.