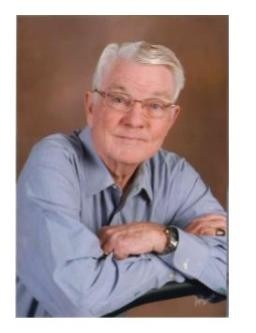 On January 18, 2020, Robert Duncan Blackwell passed into his heavenly home following a lengthy battle with Type 1 diabetes and heart disease.  A Memorial Service will be held at 2:30 P.M. on Sunday, January 26, 2020 at the First United Methodist Church in Quitman, TX. Visitation with the family will be in J.O.Y. Hall from 1:30 P. M. to 2:15 P.M.  Graveside services will be held at Concord Cemetery. Arrangements are under the direction of Lowe Funeral Home.

Bob graduated from Quitman High School in 1965 and received his Bachelor of Science degree in Physics and Mathematics from East Texas State University in 1969 where he was an active member of Sigma Chi Fraternity.  Upon graduation, Bob was employed with Texas Instruments in Dallas for over thirty years. While at TI Bob earned the title of Manager of Computer Systems for the Defense Systems and Electronics Group. As manager, he was awarded the Malcom Baldrige National Quality Award. Additionally, Bob won the Top B.A.S.S. Tournament Award in the Texas Instruments/Digital Equipment Corporation outing at Lake Fork, TX.  He was also instrumental in the development of the Laser Guided Missile System and numerous other technological advancements. Following retirement from TI, Bob and his wife returned to their roots in Quitman.

In his spare time, Bob served as a Deacon and Elder at Grace Presbyterian Church of Plano and was a member of the Methodist Men’s Group in Mineola and Quitman.  Additionally, Bob enjoyed traveling, fly fishing, photography, auto racing, car shows, the fine arts and supported the ASPCA.

The family wishes to thank all who prayed for Bob and supported them through these recent difficult times.  Those wishing to honor Bob’s memory may donate to the Juvenile Diabetes Association, American Heart Association, or the ASPCA.

To order memorial trees or send flowers to the family in memory of Robert Duncan Blackwell, please visit our flower store.