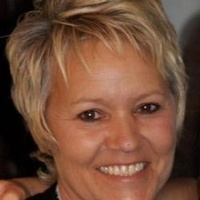 Funeral services for Rhondie Huddleston, 50, of Quitman are scheduled for 11:00 AM Tuesday, February 2, 2016 at First Baptist Church Quitman with Bro. Fred Morrow, Bro. Chris Horton and Bro. Jim Parker officiating. Burial will follow at Lee Cemetery, Winnsboro. Family will receive friends, Monday evening, February 1, from 6-8 PM at Lowe Funeral Home in Quitman
Rhonda Lynn Huddleston was born May 22, 1965 to Don and Mary Pogue in Grand Saline, TX and passed away January 30, 2016 at her home in Quitman with her family by her side. She was a member of Lighthouse Baptist Church in Alba
She is survived by her parents Don and Mary Pogue of Alba; Husband Robby Huddleston of Quitman; 2 daughters, Summer Huddleston Reyes and Sammye Huddleston both of Quitman; and 1 brother Jerry Pogue of Alba; along with several nieces and nephews.
Pallbearers: Bubba Peebles, Timmy Butler, Johnny Chaney, Eric Riley, John Simonek and Kenny Mickelboro. Honorary Pallbearers: Josh Pogue, Daniel Pogue, Jason Osborn and Mark Osborn.

To order memorial trees or send flowers to the family in memory of Rhondie Huddleston, please visit our flower store.