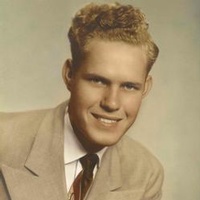 Funeral services for Raymond Cottrell, 87, of Quitman, are scheduled for 10:00 AM Friday, October 14, 2016 at Lowe Funeral Home with Brother Cody Mize officiating. Burial will follow at Myrtle Springs Cemetery. The family will receive friends from 6-8 PM Thursday evening at the funeral home.

Raymond Edward Cottrell was born February 23, 1929 in Quinlan to James Edward and Annie Louise (Smith) Cottrell and passed away October 12, 2016 at his home.

Mr. Cottrell lived in Quitman 26 years where he was a member of Myrtle Springs Baptist Church. He worked for Swift Delivery in Dallas and served in the US Navy.

He is preceded in death by his parents; one son, Billy Cottrell; four sisters and one brother.