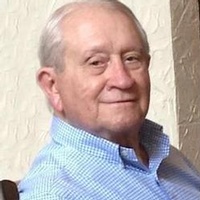 He graduated from Sylvester High School in Sylvester Georgia in 1950. He was a great athlete and lettered in all sports. He was also invited to play in the 1950 All-Star Football game in Atlanta, Georgia. He received a football scholarship to Clemson University in South Carolina.

In 1951 he joined the United States Marine Corps. He was assigned duty for the Atomic Bomb testing in May, 1952 at the Atomic Energy Commission Proving Grounds at Castle Desert Rock, Nevada. He served in the Korean War. On June 1, 1954 he played football for the Marine Corps in the Rice Bowl against the Air Force in Tokyo, Japan. After being honorably discharged in 1954 he became a Civil Servant worker for the Marine Base in Albany, Georgia. Ray was then transferred to the Pearl Harbor Naval Base in Honolulu, Hawaii in 1959. After leaving Hawaii he began work as an Electrician in Dallas.

He and Rose settled in Garland and lived there for 20 years before retiring to Mineola, Texas. He is retired from Southern Methodist University as a High Voltage Electrician and Communications specialist for the Mustang Football team. Ray is also retired from Wood County (Lake Hawkins) after moving to Mineola.

Ray had a zest and love of life. People often called him the Mayor of Hainesville, the small town he and wife Rose retired too. His passion was fishing on Sundowner Lake in his boat...well any lake he could get too! He loved growing tomatoes and gardening. But mostly he loved meeting and visiting with
people.

A graveside service celebrating his life will be held on Saturday, May 28 at 2:00 p.m. at Concord Cemetery.