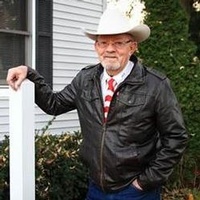 Randy Verrill Selman was born in Lubbock on December 6, 1946 to Albert Verrill and Lillian â€œSkeeterâ€ Selman. He grew up in Lubbock, graduating from Coronado High School in 1966. Following high school, he joined the United States Navy. He was stationed in Hawaii and served on active duty from 1967-1969 aboard a battleship and submarine. After leaving the Navy, he moved back home to Lubbock. Randy was employed by Friden Business Machines from 1969-1974. In 1970 he married Vicky (Henexson) Selman. On March 16, 1974 he joined the Lubbock Fire Department. Randy was a second generation Sailor and Fireman. He excelled in the Lubbock Fire Department, retiring as a Lieutenant and Investigator in 2001 after nearly 28 years of service.

In 2001 he moved to Wood County where he and Vicky built their dream home. Shortly after moving, he decided he needed a hobby or he was going to drive Vicky crazy, so he joined the Yantis Fire Department Committee and Quitman Volunteer Fire Department. He also volunteered for the Wood County Sheriffâ€™s Office and was a bailiff for a short period of time. He was Fire Marshal for 8 years and was the Emergency Management Coordinator. Randy retired from the department in 2015. On December 30, 2013, Randy received a gift he had been waiting 15 months for. He received a heart transplant from Baylor Hospital in Dallas.

Randy was very active in the community and was a member of First United Methodist Church in Quitman. Of all his accomplishments, he was most proud of his family and especially his four grandchildren.

He is preceded in death by his parents, A.V. and Skeeter Selman.

Left to cherish his many memories is his wife, Vicky Selman of Yantis; son, Ricky Selman and wife Melia of Sherman; daughter, Sheila Silver and husband Ryan of Valparaiso, Indiana; baby sister, Donna Seward and husband Chuck of Richmond, Virginia; his four grandchildren, Ashley and Kyndle Selman of Sherman and Cade and Cole Silver of Valparaiso, Indiana; and a host of many friends.

In lieu of flowers, Randy wished to have donations made to the First United Methodist Church in Quitman.

To order memorial trees or send flowers to the family in memory of Randy Verrill Selman, please visit our flower store.