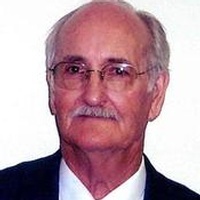 Graveside services for Ralph W. Stevens, 81, Winnsboro are scheduled for 1:30 PM Sunday, August 4, 2013 in the Greenview Cemetery, Hopkins County. (CR 1967 off Hwy. 19 North of Sulphur Springs) Ralph passed away August 2, 2013 in Tyler. He was born March 9, 1932 in Trinton, TX to Ralph David and Daisy J. Smith Stevens. He was an elementery school teacher in the public school system.Ralph and his wife Saundra moved to Wood County in 1976 from Dallas and are members of Holly Lake Church of Christ. He is preceded in death by his parents and 2 brothers, Billy Joe and Allen Dale Stevens.