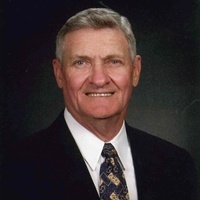 A Celebration of Life for Preston Ray Bridges will be held at Faith Baptist Church, Quitman, Texas on Saturday, November 24, at 2:00 p.m. Visitation will be held from 6-8 p.m. on Friday, November 23, at Loweâ€™s Funeral Home, Quitman. Burial will follow at the Bridges-Ingram Historical Cemetery in Quitman.

On September 8, 1938, Preston was born to H.L. and Annice Moore Bridges in the Forest Hill Community. When he was five months old his Mother passed away, leaving him to be solely raised by his Dad with help from his siblings. They lived on a farm and his Dad taught him the traits of working hard, as well as molding him into a man of integrity, honesty, pride, caring for his family, friends, and neighbors; but most of all, the importance of going to church and serving the Lord. At the age of nine Preston accepted Christ as his personal savior. Because of that, Preston now resides in Heaven with Jesus, where he is finally getting to meet his Mother and join his Dad. He attended Quitman Schools and graduated in 1957. He also attended Paris Junior College and Arlington State University.

In January of 1958, Preston met the love of his life, Barbara Medlin. They were married on October 31, 1958 and they began their life together in Dallas. They recently celebrated their 60th Anniversary. In 1961, Preston entered the US Army. After basic training at Fort Hood, he went to California and Indiana for training in personnel management. He then was deployed to Bad Kreuznach, Germany for two years where he was assigned to the Adjutant Generalâ€™s Office. During his time in Germany he was awarded the Army Commendation Medal for outstanding performance in organizing the entire Division.

In 1964, Preston and Barbara returned from Germany and he began working for Texas Instruments and continued there for 20 years. In 1973, he moved his family back to Quitman, the place he loved so well. After 19 years he retired from Wood County National Bank, as Executive Vice President.

Preston loved his home town and wanted to do his part in making it a better place. As such he served on the Quitman ISD Board of Trustees, Quitman Youth Foundation, a Charter member and Director of the Quitman Chamber of Commerce, he helped organize the Wood County Junior Livestock Show and served as a Director for 23 years; he was awarded the FFA Honorary Lone Star Farmerâ€™s Award. He served as President for 15 years and was a Director of Wood County Farm Bureau. He was instrumental in organizing the Quitman/Lake Fork Kiwanis Club 22 years ago and as such was a Charter member, past President and Lt. Governor of Division 34. He was a faithful member and Deacon at Faith Baptist Church.

Preston is survived by his loving wife, Barbara and one son, Rocky and wife, Kristi. He was blessed with two grandsons, Colby and wife, Mariana Bridges and Kyle Bridges and fiancÃ©, Hannah Hopson. He is also survived by many loving friends and family.

In lieu of flowers, memorial donations may be made to the Faith Baptist Church Building Fund, PO Box 1495, Quitman, Texas 75783.