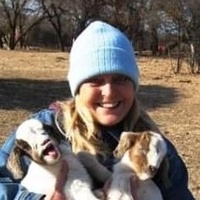 Phyllis Gail Nolen was born in Beaumont, Texas on April 6, 1957 to the late Wade and Mable (Ancelet) Dotson. She served her country proudly for 30 years in the US Army as a Master Sergeant, serving in Desert Storm. After the army, she worked in Ranching. She was a two-time champion barrel racer in the senior division in west Texas.

On September 10, 2005, she married the love of her life, Cregg P Nolen III. Phyllis loved to fish and was a talented hunter. Fishing is what brought her and her husband to Wood County. She lived in Quitman two years, moving from Port Mansfield, Texas. Phyllis was very strong willed and independent, and was a very loving and affectionate mother, grandmother, and wife.

She is preceded in death by her parents, Wade and Mable Dotson; brothers, Michael Dotson and Charles Dotson; and sister, Margie Pierce.

Services for Mrs. Nolen will be scheduled at a later date.

To order memorial trees or send flowers to the family in memory of Phyllis Gail Nolen, please visit our flower store.