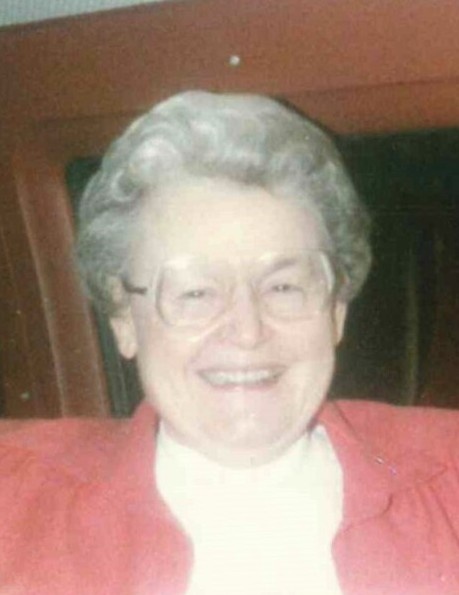 Peggy Ann Hartsfield (Momma Peggy) passed peacefully on Monday night, March 29, 2021 to join her heavenly family. She died at age 94 at home in Quitman, Texas surrounded by her loving family.

Peggy Ann (Pollard) Hartsfield was born at home in Quitman on July 22, 1926 to Essie Doyle and Mary Ora (Vickery) Pollard. As sixth of seven children, Peggy was born a tiny “blue” baby and not expected to live past her first birthday. However, she thrived and grew into a healthy toddler, walking with her mother, Momma Ora to the cow pen every morning to get fresh milk in her bottle. At 3, Peggy could be found every morning standing on a box in the kitchen watching Momma Ora make buttermilk biscuits for breakfast. Learning from her mother, Peggy became a wonderful cook and a productive member of her family, tending the garden, feeding the chickens, and even picking cotton with her brothers and sisters. Peggy loved riding to church on Sundays with her family in their horse-drawn wagon. She sang in the choir at Concord Baptist Church where her father, Papa Essie led the singing. By the time Peggy was 14, she joined her older sisters, Dorothy and Marjorie in washing laundry for the family. Every week, they took all the family laundry down to the spring-fed creek on their farm that adjoined the Hartsfield farm. And that is where she began to spend more time with Jack Edward Hartsfield. She had known him all her life as her best friend, Joyce Hartsfield’s older brother. Peggy and Jack courted over the next few years and on January 1, 1944, she traveled all night with her sisters to Lawton, Oklahoma to marry him.
After WWII, Peggy and Jack remained in Quitman for a few years to start a family. They worked in the family grocery store and filling station located on the corner of highways 37 and 778. Three daughters were born during those years, Cynthia (Cyndy) was first and Marilyn and Carolyn came soon afterward. They moved to Irving, Texas in 1953 where fourth daughter, Jacqueline (Jackie) was born. In 1961, the family relocated to Kerrville, Texas where they lived until retirement. After working for many years in the insurance business, Peggy began to fulfil her lifelong dream of becoming a nurse at age 45. She graduated from Baptist Hospital School of Nursing in San Antonio, Texas earning her nursing diploma and later earned her Batchelor of Science in Nursing degree from UT Health Science Center in San Antonio. Peggy worked as a Registered Nurse for the Kerrville State Hospital, retiring in 1988. At that time, she and Jack returned to their family farm in Quitman where she continued to work part-time in various nursing homes, where she was known as “Sarg.” At age 80, Peggy finally “really retired” after teaching and graduating a class of Certified Nursing Assistants at the old Quitman Hospital.
Momma Peggy loved to garden, cook, sew, and quilt. She made many wonderful meals, tasty treats and sewed and quilted beautiful items for her children and grandchildren. At holiday time, she often made extra desserts for various members of our extended family to take home. She was an active member in her church, beginning early in life as a member of Concord Baptist Church in Quitman and later the First Baptist Church in Kerrville. In retirement, she became a member of Faith Baptist Church in Quitman.
Momma Peggy is rejoicing in Heaven with her husband, Jack, her parents, Essie Doyle and Mary Ora Pollard, her daughter, Carolyn Hartsfield Bowles, and her great granddaughter, Katherine (Katie) Ann Dickson.
Left on earth to cherish Momma Peggy’s memory are her daughters, Cynthia Ann Hartsfield of Kerrville, Marilyn Hartsfield Krause of Buda, and Jacquelyn Hartsfield of Quitman; ten grandchildren, Laurie Ann White, Brian Edward Daves, Leslie Ann Eastland, Alexandra Nichole Pilzner, Brandon Charles Krause, Ryan Scott Krause, Christopher Wayne Bowles, Shannon Diane Mullan, Jeffery Joseph Haley, and Vanessa Haley; and eleven great grandchildren, Jonathan Alexander Adams, Logan Oliva Daves, Harper Grace Daves, Carolyn Clare Eastland, Peggy Ann Moulton Eastland, Dylan Cole Krause, and Ella Nadine Krause, Sulayman Yousef Bowles, Declan Finn Mullan, Teirnan Quinn Mullan, and Hazel Grace Haley. There are numerous other family members that include nieces, nephews, and cousins along with friends who are left to remember Momma Peggy’s love, kindness, and her gentle spirit.

To order memorial trees or send flowers to the family in memory of Peggy Hartsfield, please visit our flower store.