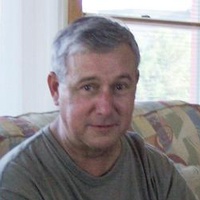 Pat was born in Rahway, NJ to Richard Martin Nash and Mary (Smith) Nash on August 28, 1952. He lived in Rahway most of his life and for a brief time in Pennsylvania.

In September 2016, Patâ€™s dream of moving to Texas became a reality when he moved to the Lone Star state with his wife and daughter (complete with the purchase of cowboy boots and matching hat).

He served in the National Guard for six years then later worked in sales as a sales engineer for Industrial Rubber Inc. He and his wife Linda were married for 42 wonderful years. His family will miss his humorous wit and love of history.

Pat was preceded in death by his parents.