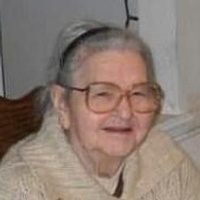 Mildred was born April 1,1927 in Waco to the late John Wesley and Maggie Mae Cook McCollaum and passed away October 23, 2015 in Dallas. She was a homemaker and a member of Myrtle Springs Baptist Church. She lived in Mesquite from 1950 to 1988 and lived in Quitman from 1988 until 2008. She then lived in Rowlett until 2012.
She is preceded in death by her parents; her husband, Don Thrash in 1999; 1 brother, 1 sister and a son-in-law, Sonny Weatherall.

To order memorial trees or send flowers to the family in memory of MILDRED ELIZABETH THRASH, please visit our flower store.