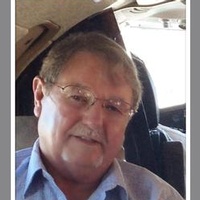 Michael LeRoy Christie, of Quitman, passed away April 2, 2016 at the age of 72 in Quitman.

Michael was born on June 14, 1943 in Castana, Iowa to Leonard and Opel Christie. He lived in Quitman since 1998, coming here from California. Mr. Christie served in the United States Navy and later worked as a machinist for Reynoldâ€™s Aluminum, where he retired after 30 years. In his spare time, he loved to fish and loved working with his hands.

Mr. Christie leaves behind his wife of 52 years, Brenda Christie of Alba; one son, Chad Christie and wife Lorena of Lomita, CA; and one daughter, Staci Christie of Rancho Santa Fe, CA.

Services for Michael Christie are to be held at a later date.