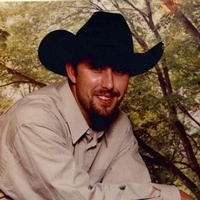 Graveside service for Michael Beech, 35, of Soper, Oklahoma, is scheduled for 2:00 PM Thursday, March 21, 2019 at Yantis City Cemetery with Pastor Jeremy Durig officiating. He will be laid to rest next to his grandfather, William G. Beech.

Michael Paul Beech was born in Butler, Pennsylvania to William and Roberta Beech. He was raised in the Quitman area. He later moved to Oklahoma and had worked in construction. Michael was a very hard working young man who always put his familyâ€™s needs and feelings first. He always made sure his children knew they were dearly loved and were special in life in each oneâ€™s own way.

He was the kind of son that would make sure his parents, aunts, uncles, and especially his grandparents were a major part and influence in his childrenâ€™s lives. His grandfather, â€œPopsâ€, was the most positive person in his life, and was the one who guided Mike into the loving, generous father he became.

He is preceded in death by his grandfather, William G. Beech; and grandparents, Bill and Norrie.