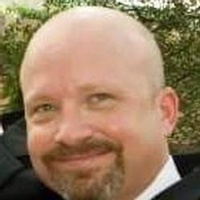 Memorial service for Matthew Shane Brannon, 47, of Quitman, is scheduled for 10:00 AM Friday, May 12, 2017 at Lowe Funeral Home Chapel with Brother Fred Morrow officiating. Shane passed away May 8, 2017 and will be laid to rest at Clover Hill cemetery next to his mother who preceded him in death in 1997.

Shane was born in Tyler to Terry Brannon and Jacqueline (Rushing) Melvin on July 25, 1969. He graduated from Quitman High School in 1987. In high school he played football, basketball and baseball. After graduation he attended The University of Texas at Austin where he received a BBA in Business. Shane enjoyed all sports, especially the Texas Longhorns, Dallas Cowboys and the Texas Rangers. He worked for Kyle Lee Construction in Quitman and previously worked in sales in and around Austin.

To order memorial trees or send flowers to the family in memory of Matthew Shane Brannon, please visit our flower store.