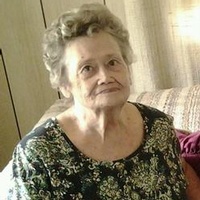 Mary Edith Carroll Ritchey was born June 5, 1940 in Quitman to James Melvin Carroll and Edith Marie Bryant Carroll and passed away October 10, 2016 in Irving. She graduated from Irving High School in 1959 and married Grady Ray Ritchey on February 7, 1959.

She loved the summer, traveling, and talking about the different places the family went to. Her favorite TV shows were Dancing With The Stars and NCIS New Orleans. She loved her tablet and enjoyed reading books and playing games on it.

She would never admit it, but she enjoyed picking on Paul. She always had something to say about â€œhisâ€ westerns, but she would watch them. She even told Paul, â€œThere was nothing on TV. I ended up having to watch that John Wayne movie McLintock!â€

She loved watching football and would bet Ding Dongs on the first Dallas Cowboys game with Paul.

She had a big heart and was very compassionate. She spoiled her dogs and cat. Zoey and K.K. became her babies.

She is preceded in death by her parents and one brother, James Arvil Carroll.

She is survived by her daughter, Rhonda Harrington and husband Paul of Irving; son, Robert Ritchey and wife Paula of Haslet; five grandchildren, Natasha, Tommy, Lacey, Billy, and Megan; and ten great grandchildren.

To order memorial trees or send flowers to the family in memory of Mary Edith Ritchey, please visit our flower store.