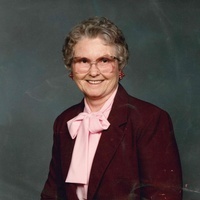 Funeral service for Mary Lee Brister, 91, of Quitman, is scheduled for 2:30 PM Saturday, April 14, 2018 at Lowe Funeral Home with Brother Fred Morrow and Brother Terry Davis officiating. Burial will follow at Concord Cemetery. The family will receive friends from 1PM-2PM before the service.

Mary Lee Brister was born on December 30, 1926 in Clarksville, Texas to George and Clarice (Mullican) Presley. She moved from Grand Prairie to the Hainesville Community in May of 1969. Mary was a member of Hainesville Baptist Church and worked in the nursery and was a hostess of the church for 25 years. She was also a member of Extension Homemakers and an active member of the DAV Quitman.