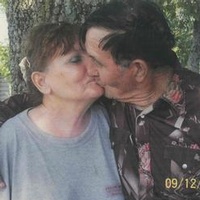 Mr. Mitchell was born August 21, 1930 in Clinton, Oklahoma to Ben and Missouri Mitchell. In 1988 he married the love of his life, Juanita Louise, and moved to Quitman, coming from Dallas. Marvin worked as a Heavy Equipment Operator. He passed away peacefully in his home on March 3, 2016.

Marvin was preceded in death by his parents; one son, Vernon Mitchell; and one daughter, Norma Grumbles.

Survivors include his wife, Juanita Louise Mitchell of Quitman; two daughters, Wanda Mitchell of Fort Worth and Bonnie Chandler of Ennis; two step sons, Johnny Phillips and Danny Conner, both of Quitman; numerous grandchildren including Angela Grumbles of Grand Prairie, and Tina Soto of Ferris; and numerous great grandchildren, nieces, nephews, cousins, and other relatives.

To order memorial trees or send flowers to the family in memory of Marvin Allen Mitchell, please visit our flower store.